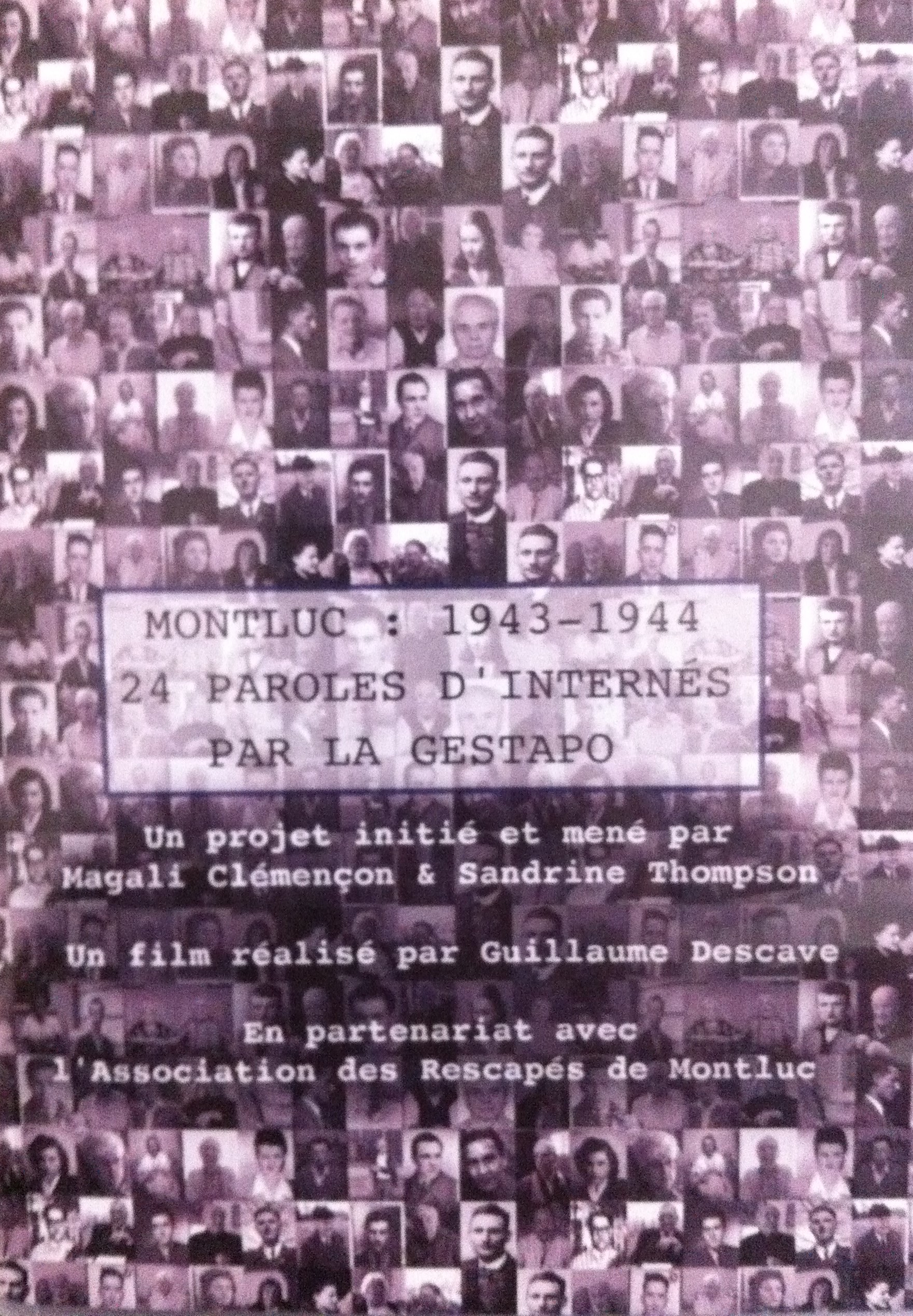 This documentary is the fruit of a volunteer and collective work. The project was initiated in 2014 by Magali Clémençon and Sandrine Thompson, guides-lecturers in Lyon, and Bruno Permezel, President of the association of survivors of Montluc. The objective is to transmit the memory and to diffuse to a large public testimonies of survivors of the Montluc prison, resistant, Jewish and grabbed people. The documentary focuses on the conditions of internment in Montluc, prison of the gestapo, between February 1943-August 1944. Guillaume Descave joined the project for the making.

After a year and a half of traveling throughout France were collected of 24 testimonies of women and men, Jewish, resistant or grabbed people. At the end of December 2016 about 100 hours of recording were edited to obtain two formats, one of 52 minutes in its documentary version and one of 1 hr 14 in its long version. It was previewed June 22, 2017 at the Archives of the Rhone Department and Lyon Metropolis.
This documentary is useful for college students, high school students, teachers, historians, researchers and of course the general public. It has been broadcast since regularly and the goal is to continue to broadcast it to perpetuate this memory.

Thursday 19 October 2017 in the Archives of the Department of the Rhône and the Metropolis of Lyon echoing the exhibition “Klaus Barbie 1987, a trial for history”

Friday 06 October 2017 at the cinema le Renoir in Roanne

The documentary will continue, in 2019, to be broadcast in cinemas in and around Lyon, in borough councils, at regional, national and foreign schools in festivals …

The DVD is awarded to the winners of the “Prix Montluc Resistance et Liberté” prize, awarded to students working on three itineraries of grabbed people, Jewish and resistant.

Created in the autumn of 1944 by the survivors, the association, with 296 members including 23 from the beginning, aims to maintain and promote the memory of all interned in Montluc during the period of Nazi occupation. It looks for information and portraits of everyone, in order to make this list known one day, and the faces of the prisoners. To date, it has more than 3000 individual files (and 900 portraits). It publishes individual journeys, testimonies and stories through its newsletters or other events. It maintains a friendly and active connection between former interned, their families and descendants, and supporters of its cause. For years, the association spearheaded the creation of a Memorial Montluc, facing the threat of the demolition of the site, memorial inaugurated in September 2010.

The Montluc Military Prison, located opposite Fort Montluc, opened in 1921. Used during the Second World War, it became a civilian prison in 1947 and closed in 2009 as a women’s prison.

This military prison of the Vichy regime from 1940 to 1943 was requisitioned by the Nazi occupier from January 1943 until 24 August 1944. Montluc is then in Lyon and for the entire region, the main gateway to deportation and executions. Place of internment of nearly 10,000 men, women and children during the German occupation, including the children of Izieu, Jean Moulin and Marc Bloch, the Montluc prison is an emblematic place of German policies of repression in the region of Lyon.

The National Memorial of the Montluc Prison opened its doors to the public in 2010 with the aim of paying tribute to the thousands of Resistant fighters, Jews, and hostages, victims of the Nazis and Vichy during the Second World War, and a better understanding of the repressive policies implementation.

High place of the National Memory, the Memorial joined in 2010 the sites managed by the Ministry of Defense, properties of the State. These high places of national memory each evoke an aspect of the memory of contemporary conflicts. These are places of ceremonies and meditation, but also of memory transmission where are especially organized educational actions for young audiences.