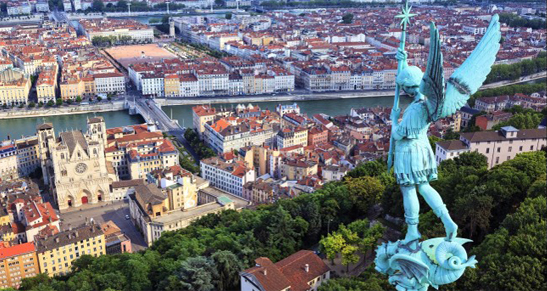 You will discover the essence of Lyon from the Fourvière hill to the traboules of the Old Lyon. This tour is for anyone who wants to enjoy a first approach to the city.
Lyon has developed in a particularly legible way, you will travel along its expansion, from the roman origins in Fourviere to the medieval and renaissance Vieux-Lyon, and discover the main monuments and emblematic places. 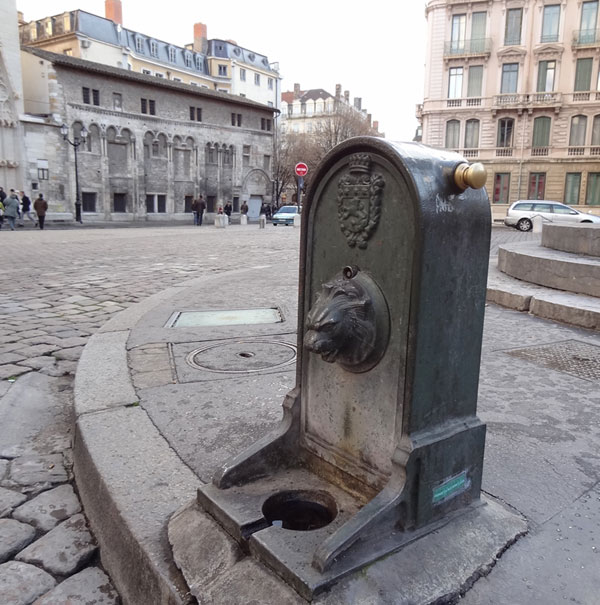 At the foot of the Fourvière hill, the Vieux-Lyon looks nice. It is still mostly there despite the threat of destruction of the 60s. Today it is a classified district at UNESCO. Frequented at the time by the kings of France, it is the witness, through his houses of the Renaissance, of the glorious past of the city at the time of the fairs, the birth of the silk in Lyon, the printing press, the commerce and banking activities. You will discover its history, the past and the daily life of its inhabitants by wandering through its courtyards and famous « traboules » these alleyways, typical of the lyonnais city planning. Today this touristy and lively Old Lyon is still roaring on the foundations of its past.

OVER THE CROSS ROUSSE

The Croix-Rousse hill is a village in the city with an assertive historical, social and present-day character. During this guided walk you will discover the voracious courtyard, the big pebble, the particular housing built for the silk weavers, named canuts in Lyon, between stairs and the traboules, the so typical lyonnais alleyways.
These sites will allow you to experience the history of the hill, to follow the footsteps of the canuts and the silk merchants that made the world famous Lyon silk.
It is still today through economic, political and cultural innovations that the Croix-Rousse continues to stand out as a unique social laboratory.

LYON CAPITAL OF THE RESISTANCE 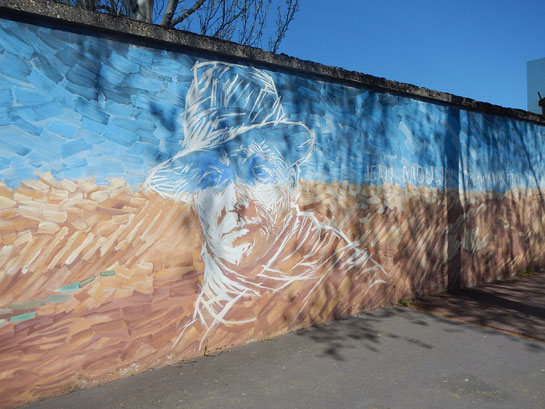 This title attributed to Lyon underlines the fundamental part of the city in the Resistance. The city has indeed concentrated for a time its commandments.
This guided tour through Lyon will allow to evoke the Resistance in Lyon in the footsteps of Jean Moulin or Lucie Aubrac, but also men and women less known who have made the choice of a clandestine life and struggle. We will retrace this dark and heroic period of the history of France, the life under occupation, the repression and evoke the action carried out by the Resistance through its secret places, from the printer’s of the underground printing press to the mailboxes.

What is left of it today? What is our heritage? 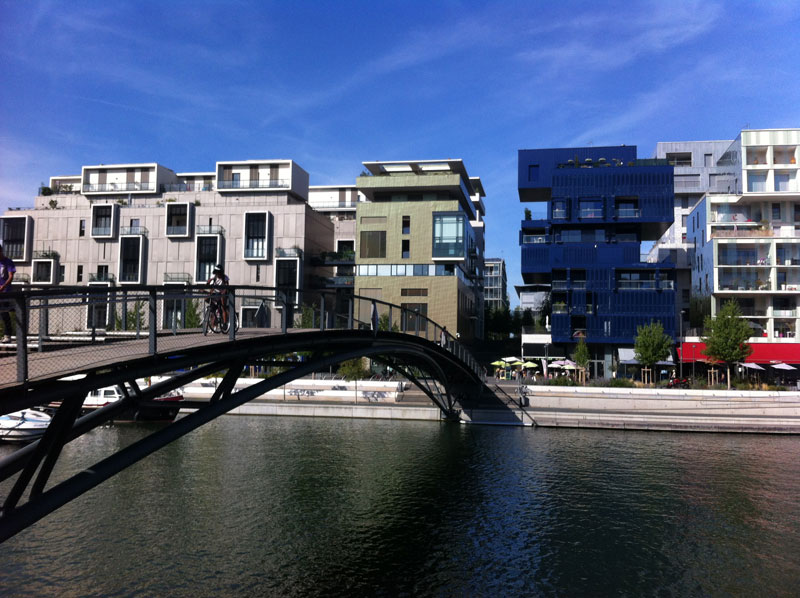 Discover one of the largest actual urban projects in Europe with the creation of a new neighborhood in extension of the city center. The loss of industrial, port and logistical activities, pushed back further, has freed 150 ha to be reconquered in the heart of the city.
This walk will help to understand the evolution of this district, to identify its old elements and to discover how this new city thinks and projects itself through its quality of being sustainable. You will stroll between renowned architect buildings, social housing to new buildings HEQ, along the Saone river in a neighborhood that thinks otherwise.

THE MASTERPIECES OF THE FINE ARTS MUSEUM

This visit is a journey to discover movements, periods or artistic techniques in an old Benedictine abbey, the Saint Pierre Palais, today the Museum of Fine Arts in Lyon.
This route will lead you to a rich and varied discovery of major works : Rodin, Guimard, Veronese, Rubens, Poussin, Zurbaran, Monet, Gauguin, Picasso, Soulages … His collections embrace a period between the ancient Egypt and the modern art where most of the artistic disciplines are represented, turning this museum into one of the most important French and European museums.

THE GRAND HOTEL-DIEU : A RE-DISCOVERY 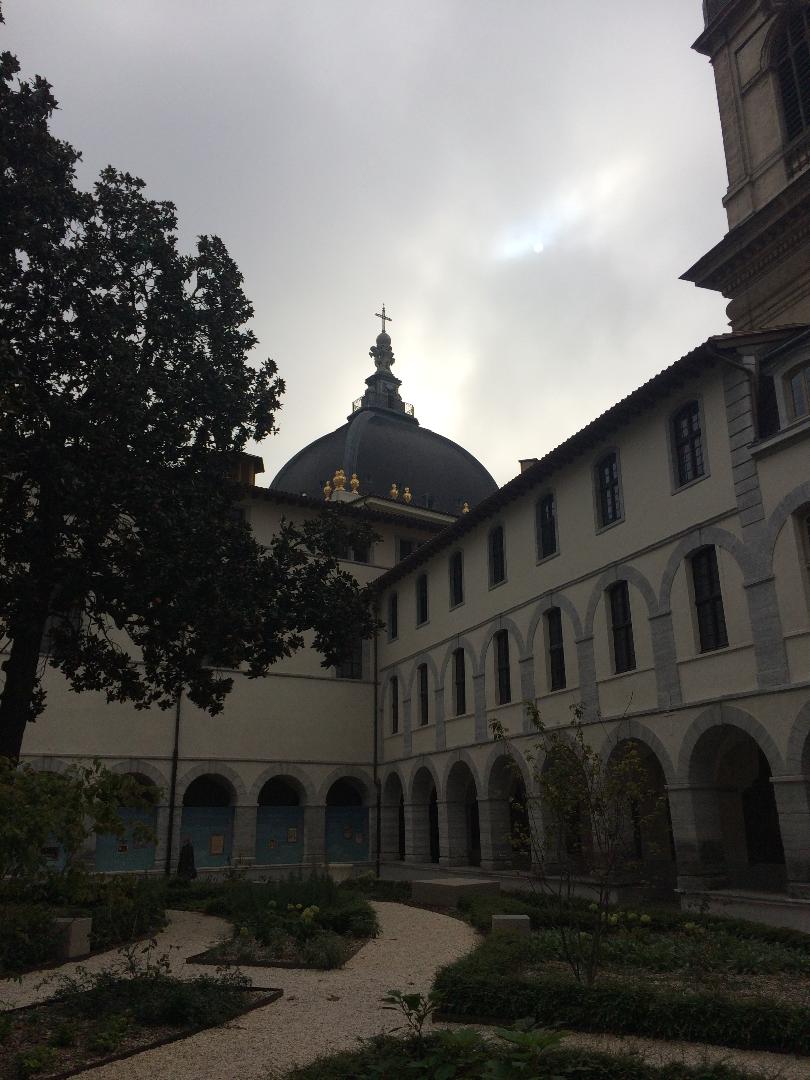 The Grand Hôtel-Dieu after 8 years of closure and five years of colossal works reveals its new areas. Classified as a historical monument, it has marked Lyon’s landscape with its imposing façade, once intended to impress the visitor arriving on the left bank of the Rhone river.
Discover the building, its foundation, its restoration, its courtyards testifying the architectural evolutions from the 17th to the 21st centuries, its successive uses and current projects.
This visit will also help to follow the evolution of medicine through the paths of great local figures who have contributed to the life of this indispensable place of the Lyonnaise identity.